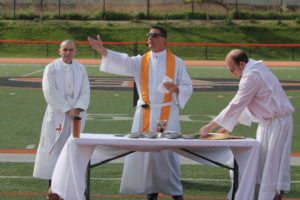 The fourth annual Spirit, Mind, and Body Day was held Friday, May 22 to much avail. The day began with students walking over to the Prep and Villa Events Center (PVEC) where festivities began. Once there, students sat with their class as a full Mass was held by Fr. Mike DeMartinis. During the Mass, the Air Force JROTC flew their military-issued drone to commemorate the event. 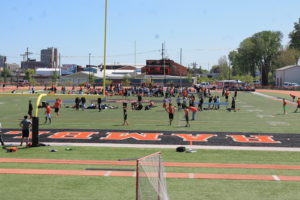 After Mass students flooded the fields and indoor areas of the PVEC, where many of them played pick-up games of football, tennis, and other miscellaneous sports. Inside students could test their skill against one another in Call of Duty: Advanced Warfare and Super Smash Bros. for Wii U. In the basement of the center were two often overlooked events, chess and poker. Both of those events had a healthy attendance and were tons of fun. Meanwhile, outdoor games featured a variety of organized events, including flag football, soccer, kickball, and pond hockey.

After the day was over students traveled back to Prep where they ended their day in their 8th period classes. While the day was enjoyed by all, the most important piece of information everyone wants to know is, who won this year’s competition. The senior class earned the most points and captured the title for 2015. The juniors finished in second place. The sophomores finished in third place. And the freshmen class finished in fourth place. All and all the day was fantastic, and many students are already looking forward to next year.

Spirit, Mind, and Body Day is a day for all of the students of Cathedral Prep to come together to attend Mass, play games, get outside, and enjoy the brotherhood that our leaders have worked to instill in us. While often abbreviated as “Sports Day,” the day also includes a full Mass at the PVEC prior to the outdoor/indoor competitions. 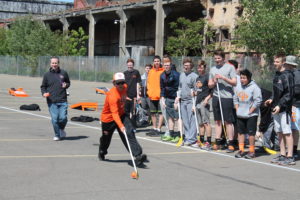 The day is very competitive, pitting each grade against the others to decide which grade reigns supreme. As such, Spirit, Mind, and Body Day is often one of the most anticipated events of the school year. Not only do students get to run around at the event center and enjoy themselves, they also get to enjoy company of their Cathedral Prep brothers, as well as test their minds. 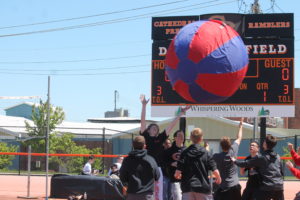 The case for Melee as the best Super Smash Bros. game